Social Interaction - Leave It To Me. 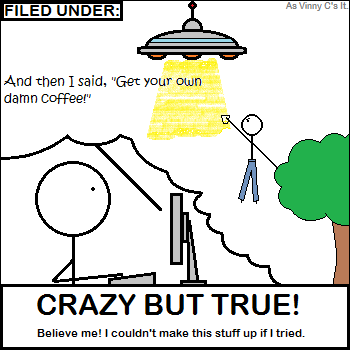 One of the my biggest issues when it comes to trusting people is I have this irrational fear that people are going to let me down. This fear is further compounded by the fact that people so often do let me down. Maybe it's not so irrational after all. Often, I am placed in situations where I have to get information or instructions or even training from someone else or, at other times, I have to wait on others to do something and do it properly before that something is passed to me so I can do my part. I take it for granted that the other person/people has at least some idea of what they're doing. I know I don't. I've said that more than enough times. So I depend on them to help me get/stay on the right track. 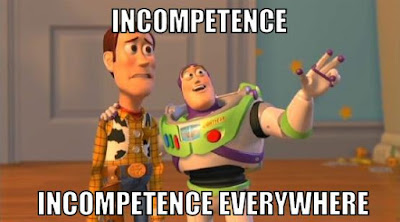 Who is hording all the information about how things get done and leaving the rest of us to grope around in the dark... looking for someone to whom we can comfortably delegate the responsibility and expect results?

But I digress. I can remember about six years ago when I was in banking and a newly appointed loans officer. The natural process was for me to sit-in with a senior officer and observe how he did things. Unfortunately, my senpai - as we anime nerds like to say - was so accustomed to "bending" the banks rules on lending policy that he forgot most of the actual rules and taught me all the stuff I shouldn't be doing. Luckily, I figured out what was what before too much damage was done.

This sort of thing happened in jobs I had before the bank and continued throughout every job that followed, including my current job with the government. After it became clear that my temporary transfer to another division turned out to be less temporary than they would have had me believe, I had to go sit with the person I was replacing so she could explain what I would be expected to do. She did a good enough job and seemed to know what she was doing (Finally!) but I soon learned that even she, who became accustomed to doing her own thing, wasn't getting it all right either. This resulted in me making a lot of mistakes and a lot of frustration on the part of the other sections with which I had to interact. In order to do things the way it suited them, I'd have to go to all these different sections, find out what they wanted and essentially relearn a lot of what she taught me.

I want to trust people. I do. Honest! If for no other reason than the fact that I want us all to be able to work together to get the job (whatever "job" it may be) done. Okay, that's a lie. I guess I don't really need to trust them. What I really want, above all else, is to not get blamed when things get screwed up. Shit has a nasty way of hitting the fan while it's being it passed to me (How's that for a mental image?). It doesn't matter who or how many other people screwed it up before, I always end up being the one left holding the bag... of shit.

So, in an effort to minimize the damage to myself, I often feel obligated to try and handle everything myself. I do this because, obviously, no one but me can get things right. You see, when I was just a lower-case C (or "Mini-Vinny", if you will), I heard one or two villains in some of those Saturday morning cartoons exclaim, "If you want something done right, do it yourself!" and then proceed to take control of the situation and come within an inch of winning before failing only slightly less miserably than their pathetic minions who forced them to take things over in the first place.

Those words seemed to have had a profound impact. Right up until the point where the "hero" made his obligatory Hail Mary move that saved the day, it looked like things were going to go in the bad guy's favor. Didn't it? So, somewhere along the way I figured, without some meddler (in tights) around to throw a monkey-wrench in the works, I could totally get things handled... as long as I didn't give the idiots around me a chance to screw it up.

So, just so we're all clear, in my reality, I'm the evil mastermind and everyone else I have to work with, my inept minions. Got it? Good! 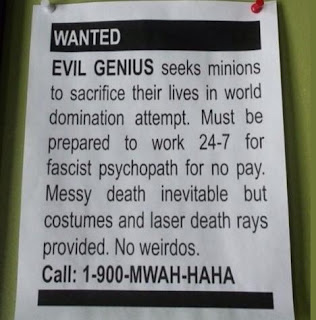 Now if only I could get the rest of them to realize that and get out of my way.
Posted by Vinny C at 9:49:00 AM 13 of my homies said
Email ThisBlogThis!Share to TwitterShare to FacebookShare to Pinterest
Filed Under: analyze dis, job stress, NOcial interaction, office hijinks, trust issues
Newer Posts Older Posts Home
Subscribe to: Posts (Atom)